Summer harvests: Despite the recent heat surge, the garden is doing well and there are plenty of natural goodies available for harvesting: carrots, rosemary, lavender, chard, cucumbers, and basil. We recently planted bell peppers, hot peppers, and beets.

Did you know that we have three different types of fruit trees growing outside the garden? We have figs, persimmons, and pawpaws. If you’re curious about pawpaws, fellow farmhand, Catarina, shared a podcast that talks all about them. Their taste has been described as a cross between mango and banana.

This week, we will continue pruning the blackberry bushes, will say farewell to the beans, and start weeding the ‘W’ in the S❤️W garden.

Requests: First request is for onion bags. Strange, we know, but we’ve got some pumpkins growing and to ward off squirrels, we’re going to wrap them with onion bags for protection. If you happen to have any, we will gladly put them to good use.

Second request comes from a reporter with the Washington City Paper, Laura Hayes. Laura reached out with the following message:

Good afternoon. I am working on a print story about community garden culture in D.C. and would love to include some of your plot holders. Would you be willing to cast out this call for interview subjects to your community and provide my email address should any of your gardeners be up for chatting with me about their triumphs and trials?

If you’d like to share your SW garden stories with Laura, you can reach her at lhayes@washingtoncitypaper.com. You can read Laura’s stories here, including a piece she recently wrote on three generations of a Ward 7 family who “find work and fulfillment in urban farming.”

Justice Outside the Garden
“It’s about food, but we gotta be a little bit bigger than food.” – Xavier Brown 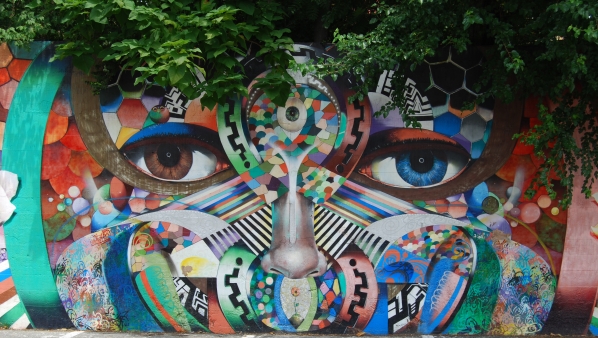 Concern regarding neighbors in Greenleaf Gardens. Many of the younger farmhands, who have volunteered at the garden, live in Greenleaf Gardens. Greenleaf is one of the three public housing communities in SW. Greenleaf was built in 1959 and has largely been neglected by the city government ever since. Consider this excerpt from an article written by Morgan Baskin for Washington City Paper:

Greenleaf Gardens … is notorious among legal service providers and public housing residents for hosting some of the city’s most repulsive housing conditions. Last summer, Maggie Donahue, an attorney with the Legal Aid Society, recounted for City Paper the story of a client with such a severe cockroach infestation that the pests had eaten through the back of her kitchen cabinets, causing them to collapse; maintenance workers merely nailed the cabinets back on top of a blanket of cockroaches. Last month, Valerie Schneider, an attorney with Howard University Law School’s Fair Housing Clinic, told City Paper that clients living in Greenleaf have also reported sewage leaking through their walls.

Greenleaf is scheduled for redevelopment and politicians and government officials, for years, have touted a “Build First” model to prevent displacement of residents. While this sounds reassuring, there is reason to be skeptical whether this will actually happen (you can read why here and here).

Last Friday, July 19th, the DC Housing Authority hosted a meeting about where they are in the redevelopment process (Empower DC streamed it all). The Housing Authority said that “Build First” would be ideal, but no public land has been dispositioned for that use, so they are also looking for developers to offer their land. The residents were presented with an unfair choice: wait the process out, while continuing to live in squalor, which could be anywhere from 3-10 years, or take a housing voucher, which landlords and property managers are known to (illegally) snub, and hope they would be able to return to SW.

It is heartbreaking to learn how our neighbors are currently living, especially given the repeated neglect by the DC government and the abundance of luxury apartments that have been built in just the last five years. This frustration grows when I consider the multi-billion dollar Wharf project, which is just a few blocks away, was purchased for $1 (article: Million Dollar Properties, $1 Deals) and offers very little affordable housing. As a community, we must stand up with our Greenleaf neighbors.

If you feel as strongly as we do about this issue, feel free to reach out so we can turn these emotions into action. 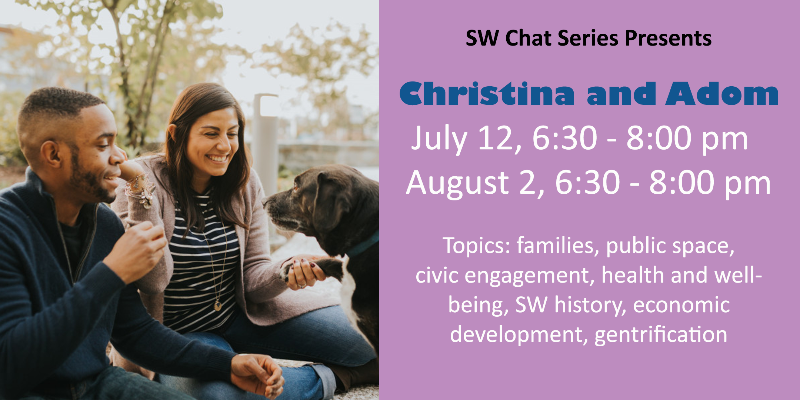 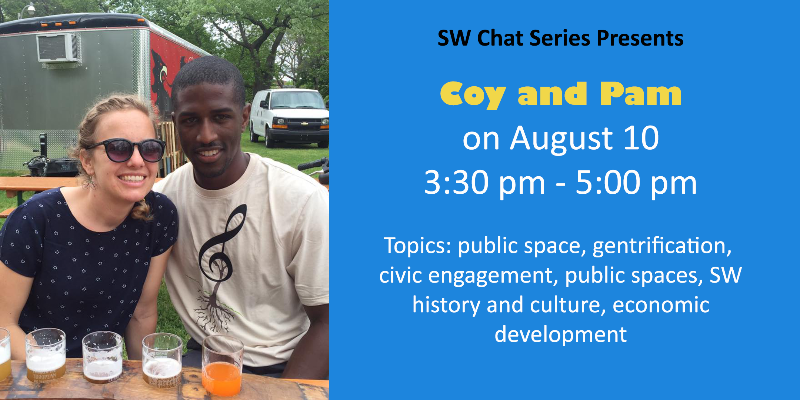 SW Chat Series continues: If the issue mentioned above, or others listed on the fliers are of interest to you, consider attending the two remaining SW Chat series. You can read about the first two here. RSVP by sending an email to swconsciousrising@gmail.com.

Definitely not single-handedly but shout-out to @citycast_dc and the anonymous IG tipster! #swdc
Last work day of 2022 and Lansburgh Park is going out in style. Thank you to everyone who contributed over the last 6 months. See you in 2023 for year 10! #swdc