What:   WinterBock Tapping Party and fundraiser for Southwest Community Gardens

On Saturday November 9th at 2pm, the Southwest Gardens Community gathered with Southwest community leaders and friends to plant a cherry tree to honor the passing of a “The Mayor of Southwest,” Ron McBee. Ron served as an Advisory Neighborhood Commissioner in Southwest from 2007 until the time of his death in Autumn 2013.

Ron is also fondly remembered as an advocate for our neighboring Amidon-Bowen Elementary School and Jefferson Middle School. Education was a cause close to Ron’s heart and Ron understood the educational and community-building role of public resource like the Southwest Community Gardens. 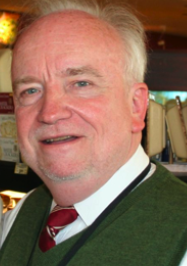 Southwest Community Gardeners gathered Saturday afternoon November 2nd for the first Meet & Greet event, an opportunity for plot assignees to introduce themselves to one another. By-Laws were voted upon and updated. A new Secretary was elected: Jessica Henson Cagley. Coy and Sylvia gave us an update on the 10 community plots, which feature brand new steel framed signage.

Following the discussion, meet & greet attendees raked leaves inside the garden and local youths joined to rake leaves at the immediate garden periphery.

There was an error retrieving images from Instagram. An attempt will be remade in a few minutes.